The Vizovice Highlands hold special significance in the eyes of many Czechs. They are known as the unofficial Kingdom of Wallachia, which means nothing less than copious amounts of slivovitz and good food. For us tourists, this area is associated with the beautiful rolling landscape of gentle slopes extending into the distance, lone cabins that guard the hillsides, sheeps and cows that graze the meadows, and forests that are filled with mushrooms. The entire hill range is connected through a 35-kilometer ridgeway, marked with a blue trail marker.

Just a short way from Luhačovice, an old pilgrimage church lies hidden under the mountains. Above the village of Provodov, you’ll find a famous pilgrimage site named Malenisko with the church of Our Lady of the Snows and a mineral spring. Through the forest above leads a trail lined with Stations of the Cross that will take you all the way to Luhačovice. You can come here by bus, so no need to leave your car behind if you want to walk back. Check the Czech public transport info app to see the timetables.

The hill of Komonec, a popular hiking destination for locals, rises high above the Luhačovice Reservoir. Apart from hiking trails, a cycling route known as the Large Spa Circuit leads towards it. You can start at Hotel Vega and enjoy a nice full-day hike.

Located at a crossroads on the route connecting Luhačovice and Vizovice, Spletený offers a nice view of the entire Vizovice Highlands. An educational trail passes through here, as does a major hiking trail. Be ready to meet both hikers and mountain cyclists.

Janova Hora, meaning John’s Mountain, is just a short way away from Vizovice, the heart of the Highlands. The foot of the mountain was once occupied by a manor house, which served as an administrative center for the nearby Vizovice Château. The newly built Romantic castle ruins of Hansenburg (Janův hrad) can be found on the top.

Klášťov is the Wallachian Mount Olympus. The hill used to be a Celtic oppidum, and some believe that Wallachian gods reside here. True or not, the place is a great tip for a nice trip through the Wallachian landscape.

Burned Down Settlement of Ploština

The former settlement of Ploština is a place where one can reflect on the hardships of poor Wallachian mountain farmers, who had to cut down entire forests for a piece of land to live on, far away from civilization. Today, a tall concrete monument rises towards the skies here, commemorating the fact that the settlement was razed to the ground by Nazi troops in 1945. A curiously quiet place, sadly one of several, as the nearby villages of Vařákovy Paseky and Prlov suffered the same fate.

In this unique set of rock formations located in the vicinity of Lačnov and Lidečko, you can explore every nook and cranny. Combine your trip to this natural wonder with a visit to the hunting lodge of Trubiska and the museum that documents settlements burned down during WWII in Vařákovy Paseky.

Interested in finding the best places to swim (not only) in the summer? We’ve prepared some tips on the best indoor and outdoor swimming pools, lakes, and ponds. 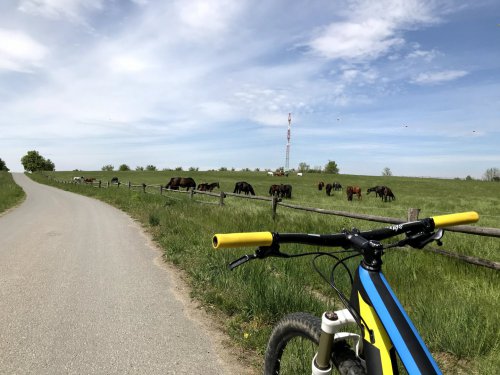 Beautiful cycling routes of varying levels of difficulty are scattered all across our region. We recommend that you download the Mapy.cz app (available in English), which has a special cycling layer. 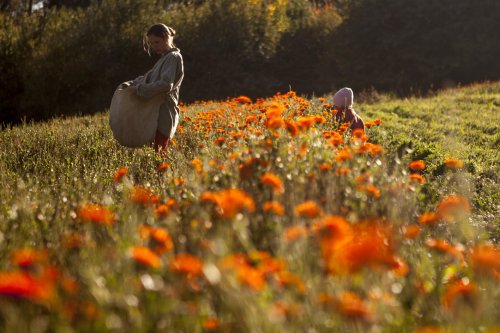 The White Carpathians are sort of a forgotten mountain range. They stretch far into the easternmost part of Czechia, near the border with Slovakia.