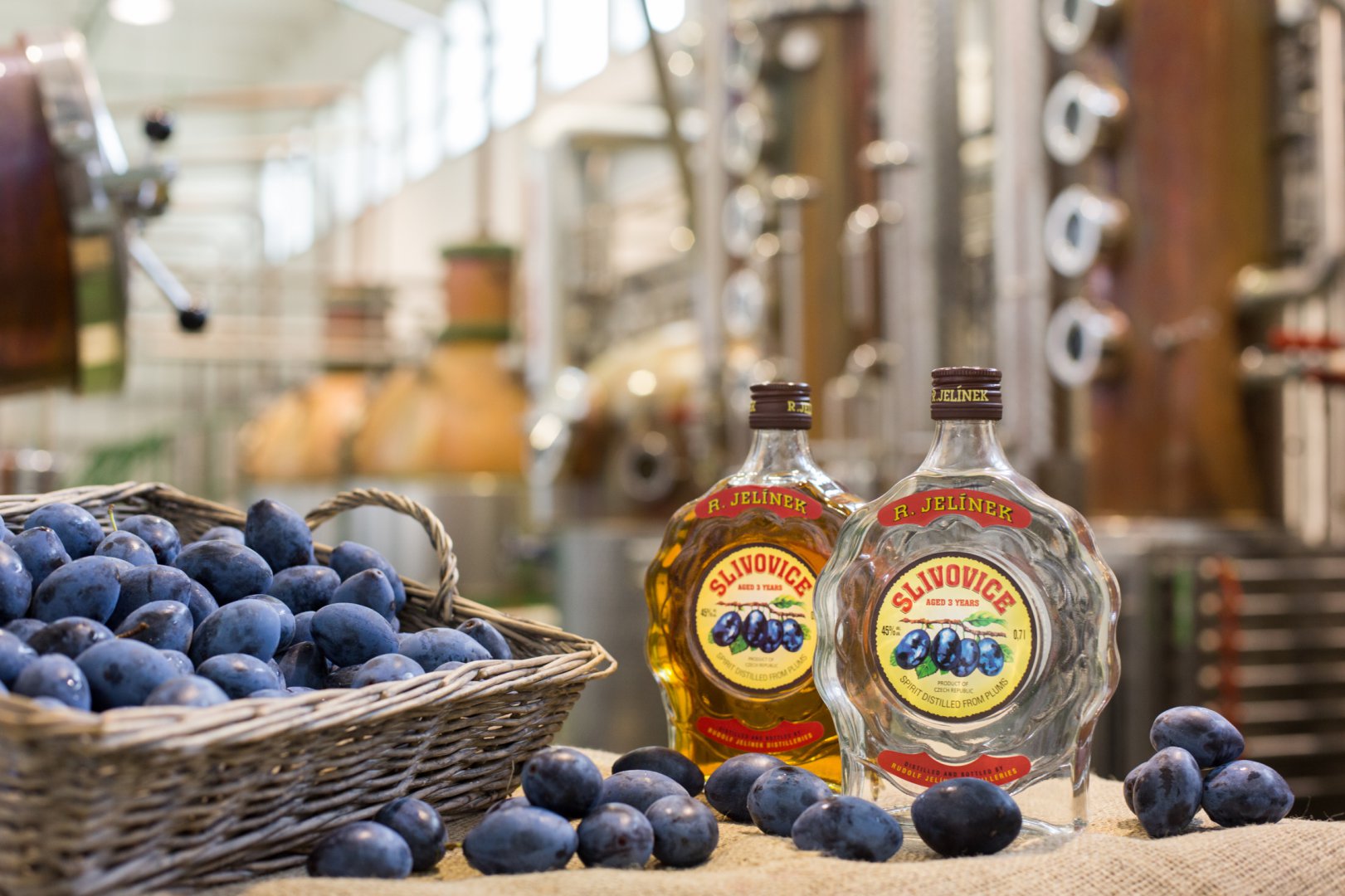 Some places in the region of Zlín & Luhačovice are just too good to miss. The town of Vizovice, with its chateau, beautiful scenery and the notable Rudolf Jelinek distillery, where juicy fruits are the main ingredient in making liquid gold and silver, is naturally one of those. Slivovitz, arguably the best-known product of Moravian Wallachia, has been produced here under the popular brand since the 19th century. Come in and discover the modern face of this phenomenon. 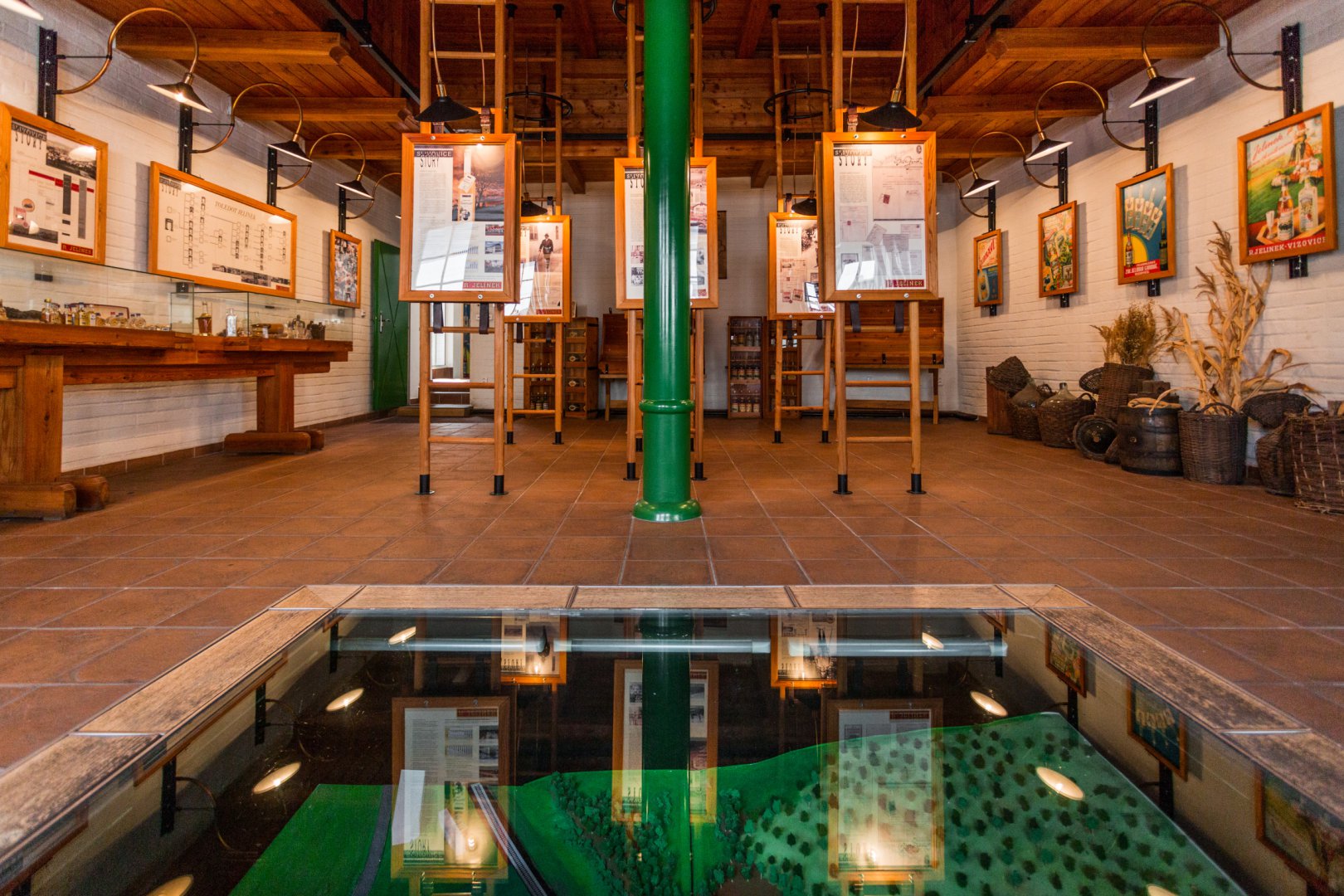 The widespread practice of growing fruit trees in and around Vizovice dates back to as early as the year 1791, when the Austrian government deemed grains too valuable to be processed into spirits, as they were needed elsewhere, and decided to subsidize those farmers who would instead turn to growing fruits and making liquor from them. Fruit tree growing in the area was encouraged by the monarchy for about 20 years, resulting in an abundance of plum trees, as they are among the few tree species that are able to collect enough water from the hilly terrain of the Vizovice Highlands in order to thrive. 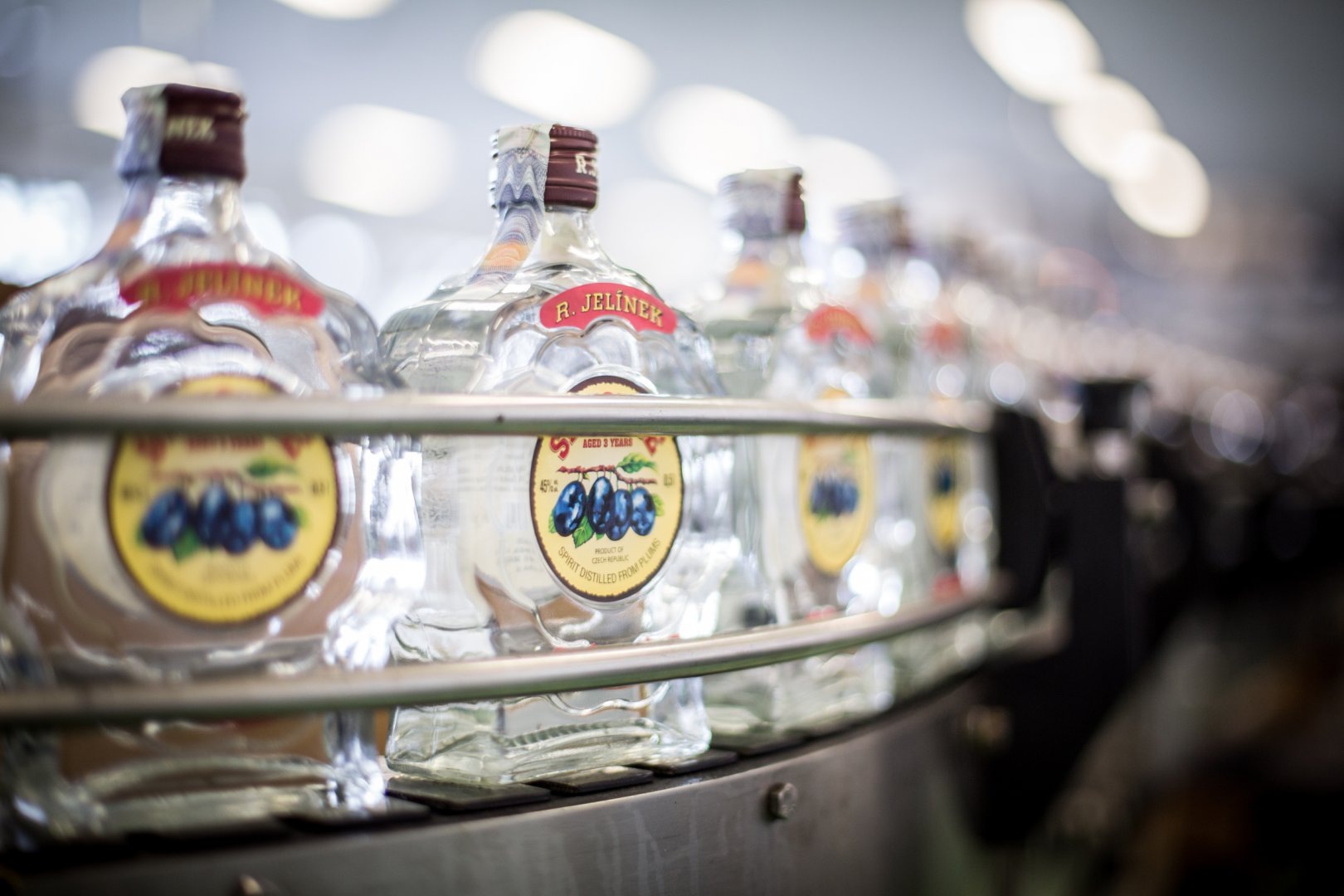 At the end of the 19th century, the first distillery bearing the name Jelínek opened in Vizovice. The company later lost all of its trees to frost damage in 1929 and had to import plums from Serbia. They would process them not only to distill slivovitz, but also to make jam and dried fruit. After that, fate had both good and bad things in store for the distillery. WWII and subsequent nationalization did not do much good for the business. However, after privatization at the end of the 20th century, the company got back on its feet and today the Rudolf Jelínek brand helps build a good image not only for Vizovice, but also for all of the Czech Republic. 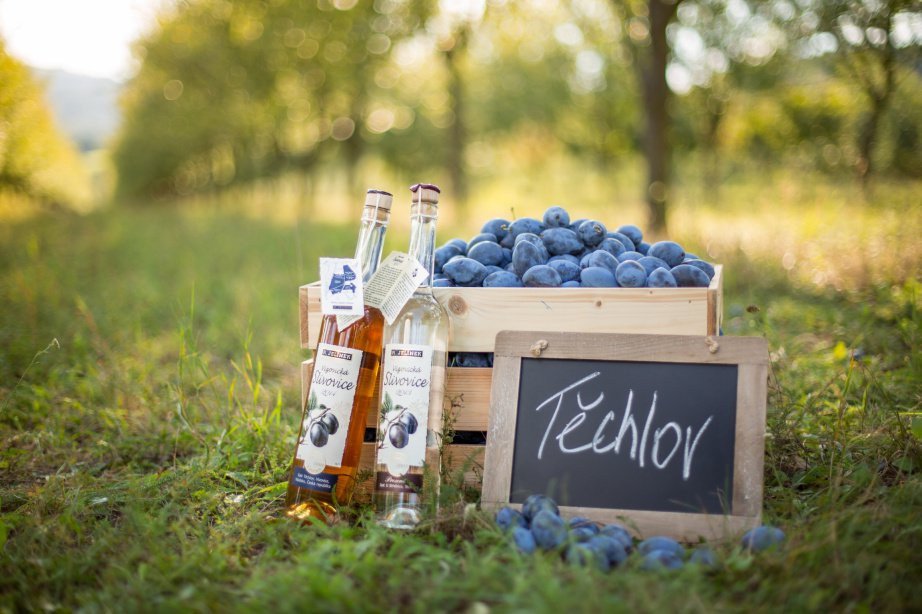 Over time, the company managed to renovate the entire distillery complex and transform the unsightly warehouse into an impression of what the factory looked like in the interwar period. Let the feel of the place take you to the 1930’s, admire a veteran car parked outside, take a tour of the production line and build up an appetite for a shot of pear brandy with an actual slice of pear inside. You can come in for an excursion, liquor tasting or to attend one of the many events that take place on the premises. 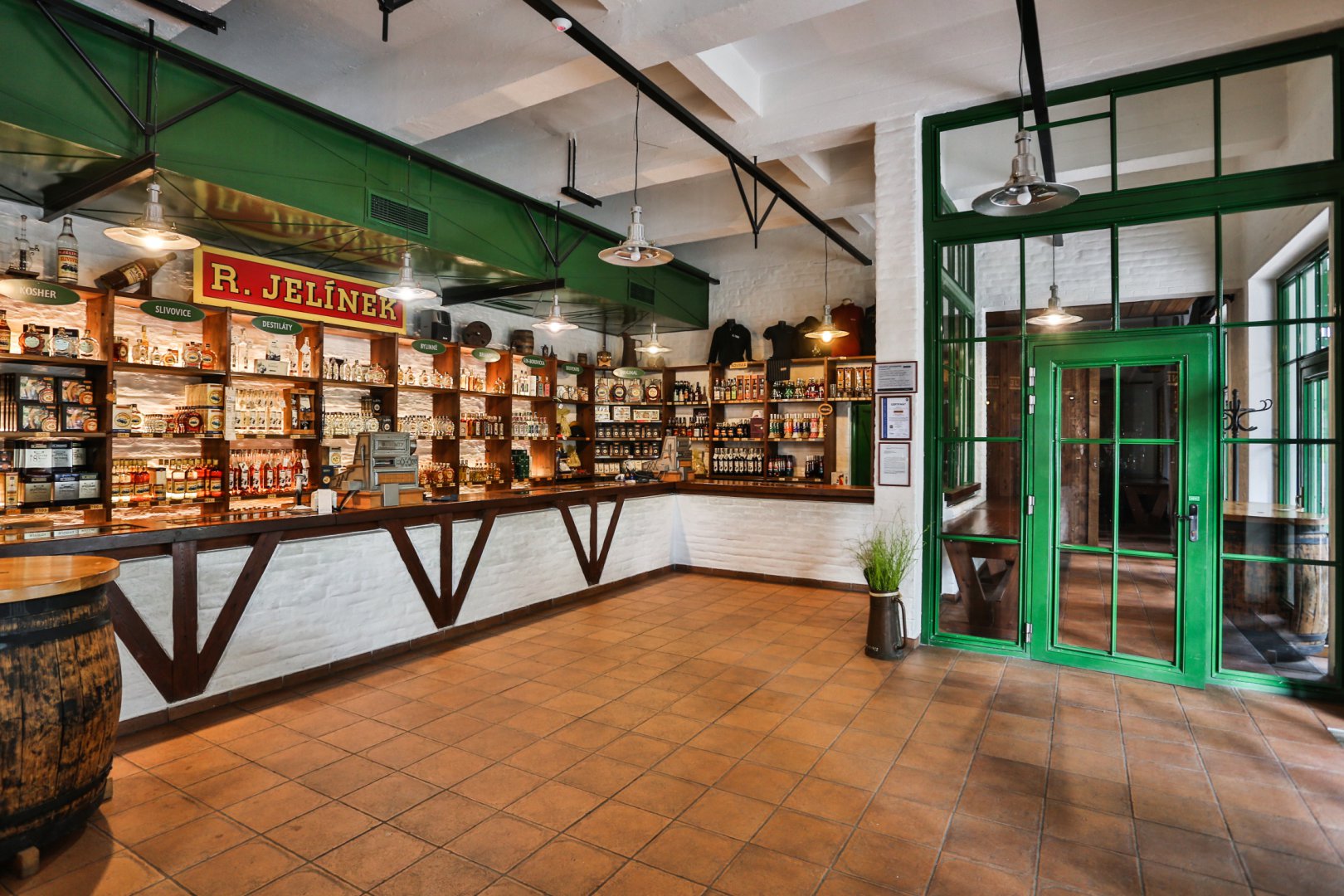 These walls have a lot to offer. Apart from Distillery Land, which features a small museum full of sweet-smelling herbs and adorable old-timey advertisements, you will also be able to see halls filled with tanks of slivovitz, a bottling plant where products are both bottled and manually labeled, a giant vat suspended from the ceiling used for cooling the slivovitz and storage rooms filled with barrels of the renowned Gold Cock whisky. While the name of the whisky, chosen in an effort to bring the brand closer to Western audiences, might cause a chuckle with most English speakers, rest assured that what hides inside is a premium whisky, whose reputation is no laughing matter. 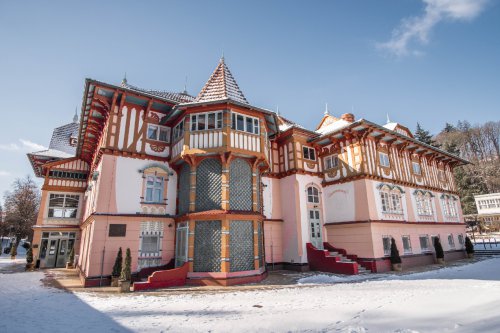 There is never a bad time to admire the architecture of the spa town of Luhačovice in all its glory. 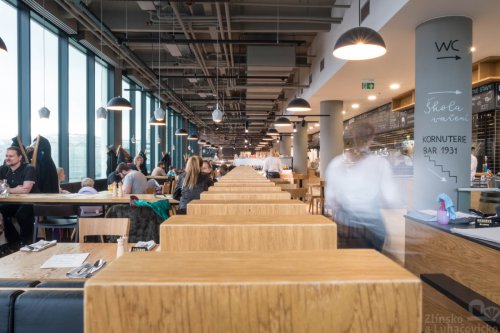 This place accommodates all kinds of customers – whether you want a hearty dinner, a quick meal in a rush, a cup of good coffee, or just something to sweeten your day.